The pitahaya, Selenicereus undatus (Haw.) D.R. Hunt (Cactaceae) is a species whose fruit is appetizing for its appearance and flavor, which has increased its demand in the international market. Ecuador has increased its planting reaching 1108 ha. This crop could be affected by pests, such as thrips, whose effects on pitahaya are unknown. During the period February - June 2019, a field study was carried out in the province of Manabí, Ecuador, with the aim of identifying the species of thrips, estimating population levels on the plant, organs (flower bud, flowers, fruits), as well as, determine the percentage of damage and the associated predators. Thrips species and populations were analyzed using the Kruskal-Wallis H test (P<0.05). Thrips populations (P <0.05) were correlated with rainfall and a regression analysis was performed between the latter and the percentage of damage to fruits. The most abundant species was Frankliniella occidentalis (Pergande). Populations ranged from 0.3 to 6.0 individuals per plant, which were not correlated with rainfall. The thrips showed a marked preference for flowers. The regression model [Y = 1.87 + 1.04 (X), R2=0.83, P <0.05] showed an increase in fruit damage as a function of thrips populations. Four taxa of predatory arthropods were observed. As far as knowledge goes, this represents the first study on species, population levels, damage from thrips and predators associated with pitahaya.
Abstract 104 | PDF (Español (España)) Downloads 27 PDF Downloads 39 HTML (Español (España)) Downloads 4 EPUB (Español (España)) Downloads 1 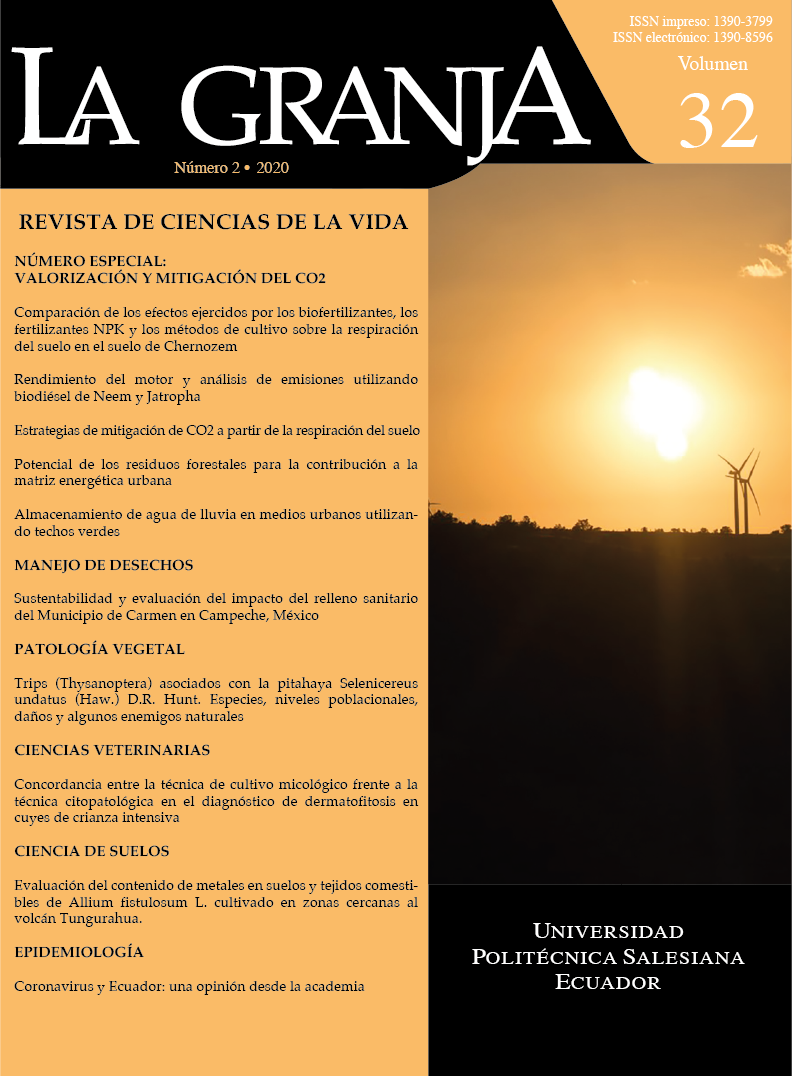 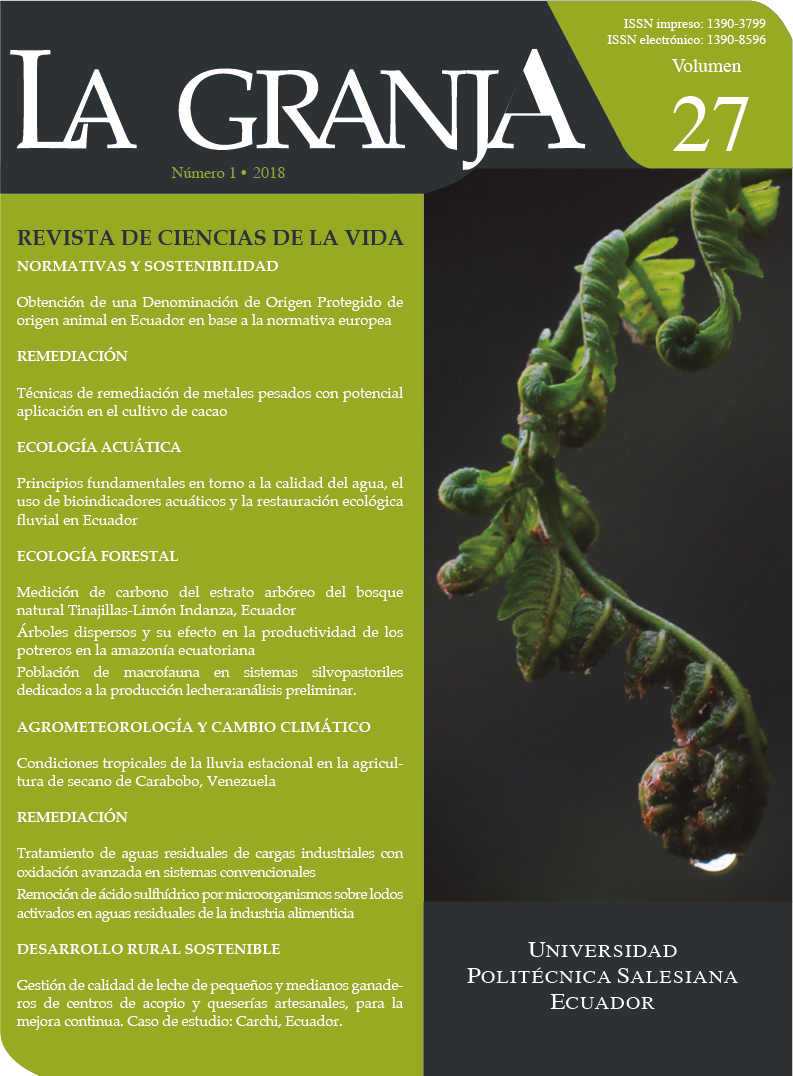 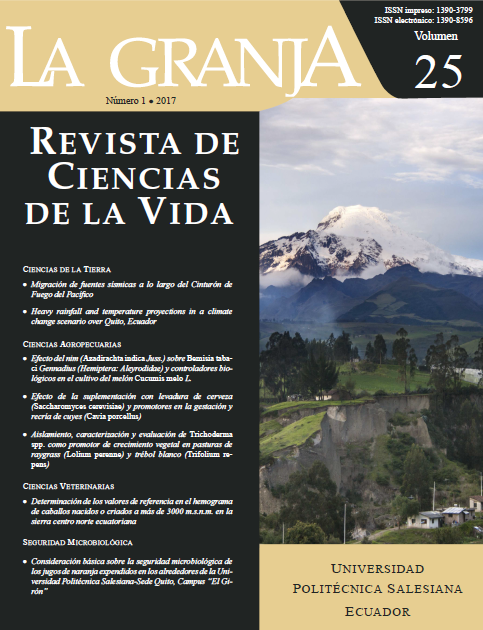 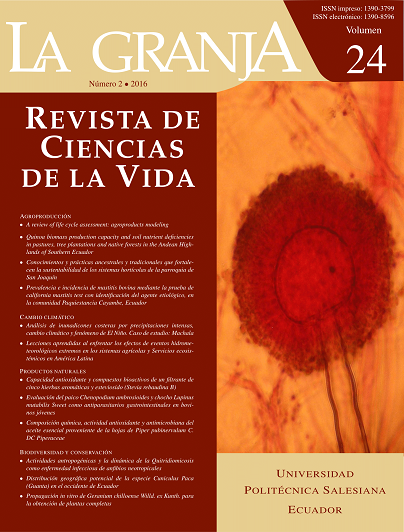 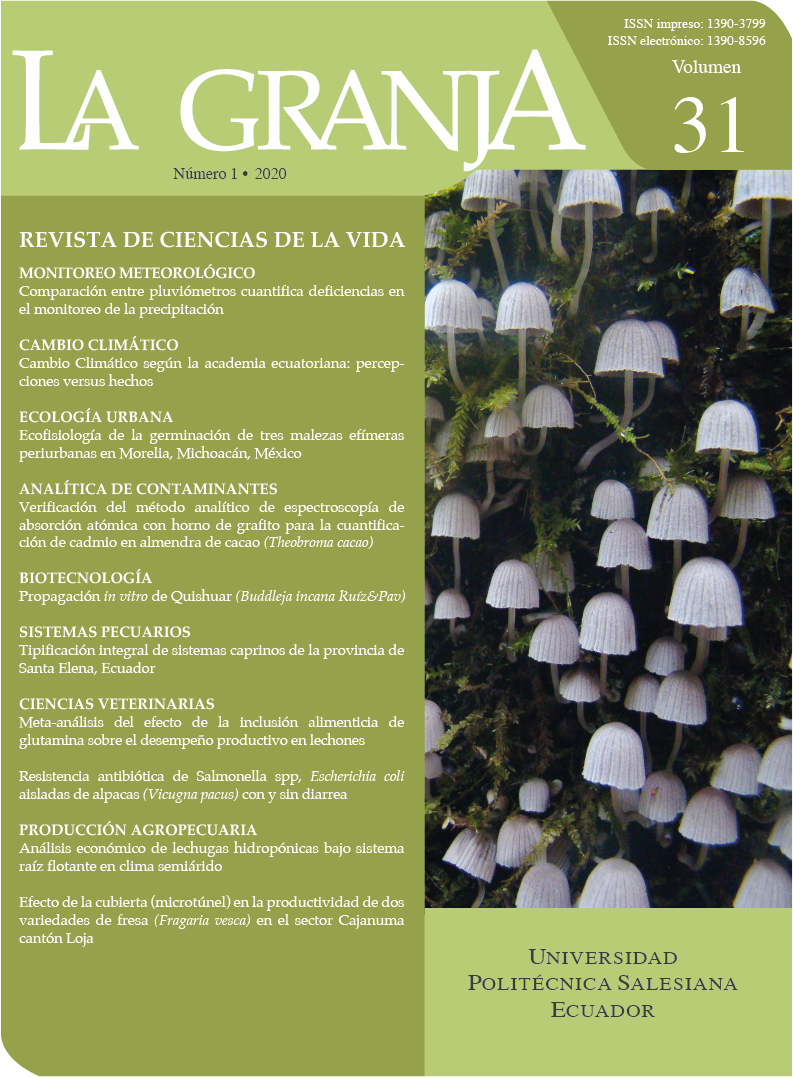 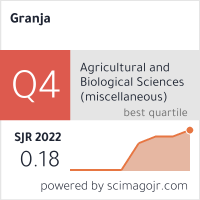